People who have had COVID-19 are highly likely to have considerable immunity to it for at least five months, a UK study of health care employees has found.

However, the research showed there was still evidence that those with antibodies may still be able to carry and spread the virus.

Researchers at Public Health England (PHE) showed that reinfections in people who have COVID-19 antibodies from a past infection are rare. They found only 44 cases among 6,614 previously infected individuals.

However, experts warned that the findings meant that those who contracted the disease in the first wave of the pandemic — in the early months of 2020 — could now be vulnerable to catching it again.

They also warned that people with so-called “natural immunity” through having had the disease may still be able carry it in their nose and throat and could unwittingly pass it on.

“We now know that most of those who have had the virus, and developed antibodies, are protected from reinfection, but this is not total, and we do not yet know how long protection lasts,” said Susan Hopkins, co-leader of the research, known as the SIREN study.

“This means even if you believe you already had the disease and are protected, you can be reassured it is highly unlikely you will develop severe infections. But there is still a risk you could acquire an infection and transmit to others.”

The study involved tens of thousands of healthcare workers in Britain who have been tested regularly since June.

Europe
Germany’s economy contracted by 5%, according to figures from the country’s Statistics Office. Analysts had forecast that Europe’s biggest economy would shrink by 5.1% last year, after growing by 0.6% in 2019.

Defense Minister Annegret Kramp-Karrenbauer offered up to 10,000 soldiers to carry out COVID-19 tests in care homes.

“The Bundeswehr (army) is ready to assist at short notice with up to 10,000 men and women in old people’s homes and nursing homes if we are called upon,” a spokesman for Kramp-Karrenbauer told AFP news agency.

The soldiers would receive training from manufacturers to carry out rapid tests in order to protect those most at risk and ease pressure on care home staff.
The moves come as Germany saw another record high in daily coronavirus-related deaths. The Robert Koch Institute, the country’s public health agency for infectious diseases, on Thursday reported 1,244 deaths and 25,164 new infections in the last 24 hours.

Portugal has ordered a strict nationwide lockdown, similar to the one enacted last year.

People will only be allowed to leave their homes for shopping, work, and medical appointments. The regulation will come into effect on Friday.

Prime Minister Antonio Costa told broadcaster RTP that it will likely last for one month but will be reviewed in 15 days.

Carolina Darias, minister for territorial policy and civil service said the country was in a situation of “very high risk, extreme risk.”

Health Minister Salvador Illa said, “the pressure is continuing to rise in hospitals,” and said the number of people getting tested was also increasing.

The Vatican began its vaccination drive for workers and residents on Wednesday. It said health care workers, security personnel, and the elderly would be first in line.

It was not clear when Pope Francis, who is 84 years old, would receive the vaccine. He previously said he was registered to receive the shot. Pope emeritus Benedict XVI, 93, also lives in the Vatican City-state.

There have been several outbreaks in the Vatican in recent months, including among the Swiss Guard.

“As a result of our own efforts we have so far secured a commitment of a provisional amount of 270 million vaccines from three major suppliers: Pfizer, AstraZeneca (through Serum Institute of India), and Johnson & Johnson,” he said.

These doses will complement the 600 million doses of vaccine secured via the COVAX vaccination program.

The new purchases with the doses from the COVAX program will provide Africa with half of the vaccines that it requires, according to the Africa Centers for Disease Control and Prevention.

The continent seeks to vaccinate about 780 million people, representing some 60% of its population of 1.3 billion.

This will require 1.5 billion doses, assuming two doses per person, at an estimated total cost of some $10 billion, the Africa CDC said.

“We have applied to the COVAX program and we expect to get the vaccine to vaccinate 20% of vulnerable people,” said Nyusi in an address to the nation.

Health Minister Armindo Tiago said in an interview with state broadcaster Radio Mozambique earlier this month that the country expects to receive about 6 million doses and plans to begin vaccinating people from the end of June or in July. 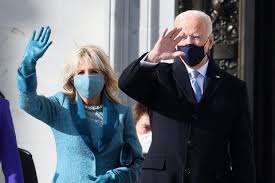 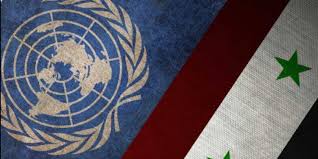